Back to Projects
Salisbury to Beaudesert Rail Business Case

Timing
Planning for this project is underway

We are planning for a proposed passenger rail line between Salisbury and Beaudesert.

The Department of Transport and Main Roadsthe and the Australian Government Department of Infrastructure, Transport, Regional Development and Communications are planning for the long-term passenger and freight transport needs between Salisbury and Beaudesert.

Planning is now underway to confirm the need, timing and land requirements for a future rail line and services to support population, employment and economic growth in the south-west corridor of Queensland's capital city region.

The Salisbury to Beaudesert rail corridor is a key part of the Queensland Government's long-term vision for the South East Queensland rail network.

The planning underway will consider:

Community feedback was sought in 2010 on a proposed alignment for a future passenger rail line between Salisbury and Beaudesert.

Infrastructure Australia has identified corridor preservation for the Salisbury to Beaudesert rail corridor as a priority initiative.

On 29 November 2019, the Australian and Queensland Governments signed the Inland Rail Bilateral Agreement enabling the delivery of Inland Rail in Queensland and the development of rail studies, including the Salisbury to Beaudesert Rail Business Case, to enhance the benefits it offers the state.

Business case activities are currently underway. Preservation of the corridor, including community consultation, remains a high priority for the Department of Transport and Main Roads.

The development of a strategic business case has started.

The study area extends between Salisbury and Beaudesert. 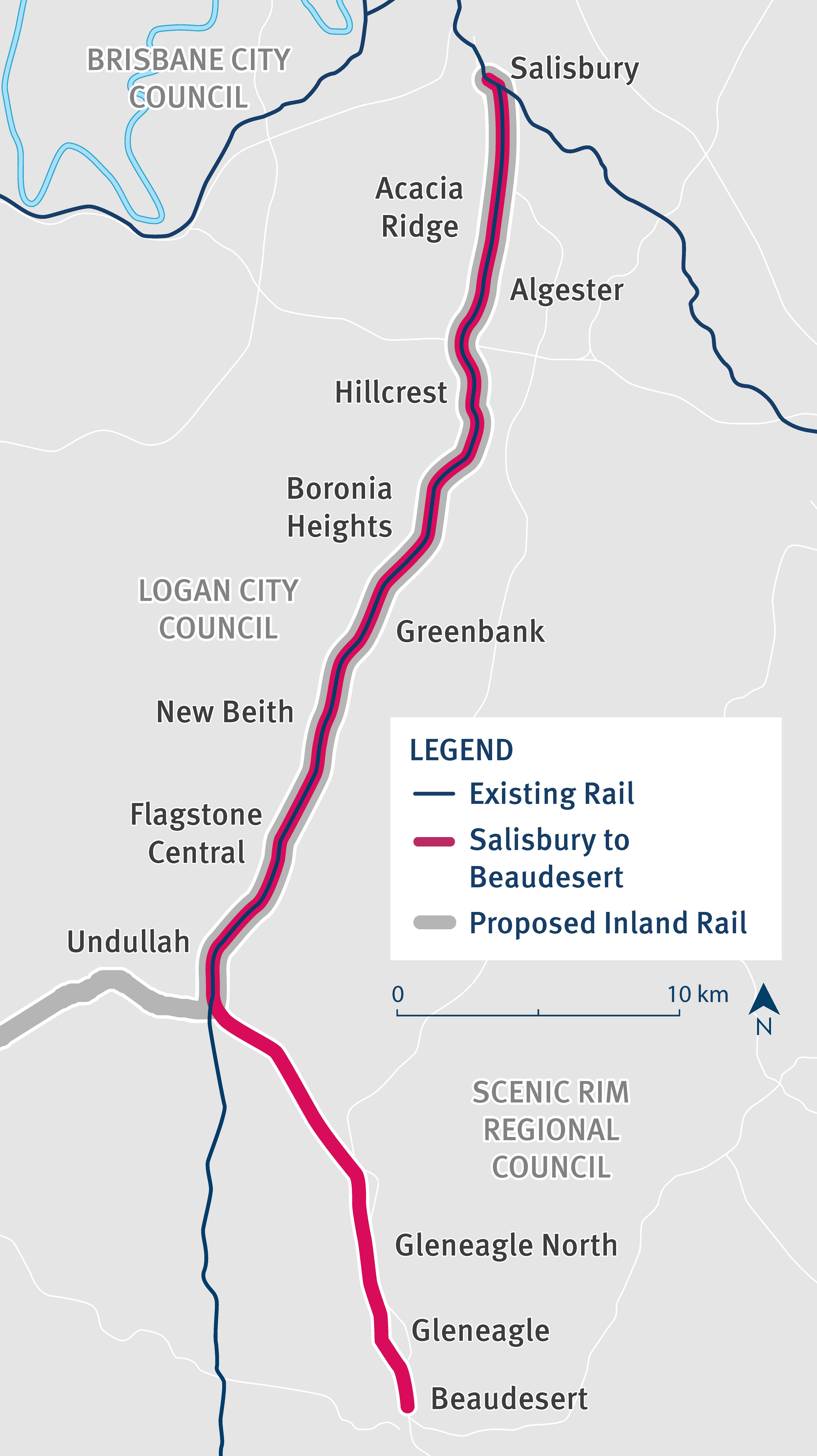 The Australian and Queensland governments have jointly committed $20 million, under a 50:50 funding arrangement. Investment ID 1487103