This project is the second stage of the Pacific Motorway M1 North upgrade program.

The Eight Mile Plains to Daisy Hill Upgrade is being delivered in 4 separate construction packages:

Construction is currently underway for Packages 1, 2 and 3. Package 4 is in the detailed design phase.

Schematic drawing showing the project extents for widening the M1 and V1 Veloway starting at Eight Mile Plains in the north and Daisy Hill to the south. Features include:

For more information on our sustainability measures contact the project team. The Pacific Highway (western service road) between Moss Street and Westerway Street, Slacks Creek is being upgraded as part of the Pacific Motorway, Eight Mile Plains to Daisy Hill Upgrade.

The Pacific Motorway (M1) between Watland Street and Sports Drive is being upgraded as part of a rolling program of upgrades between the Gateway and Logan Motorways. 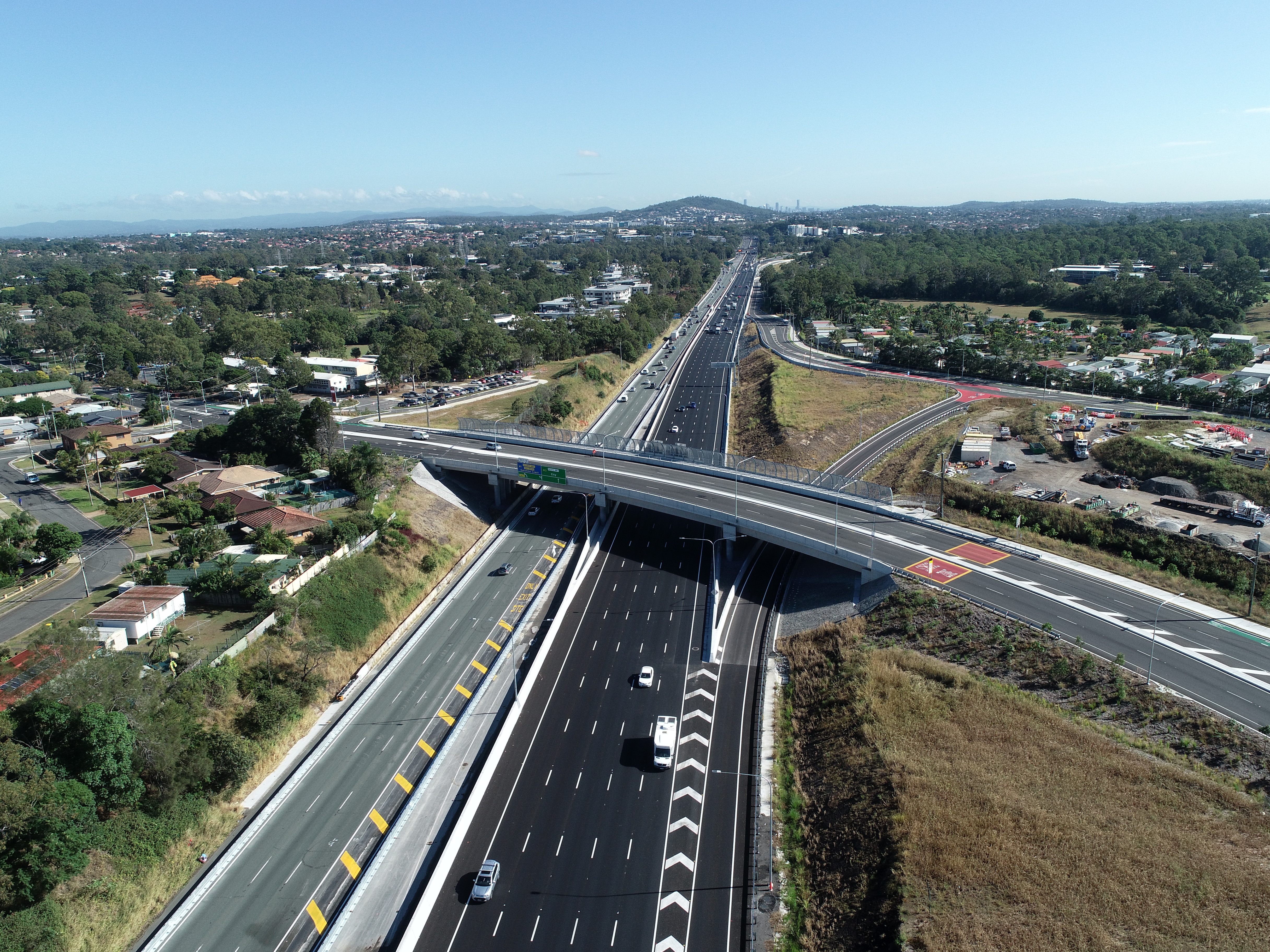 As part of a rolling program of Pacific Motorway (M1) upgrades, the preliminary and detailed design phase for the Rochedale bus station and park 'n' ride upgrade is underway. Business case planning has now begun on the Stage 3 Pacific Motorway (M1) – Daisy Hill to Logan Motorway (DH2LM) upgrade. This project will ensure that future traffic and transport needs of the M1 between DH2LM are being planned and delivered.