Back to Programs
Road Stimulus Packages Following strengthening works and subsequent structural inspections of the flyover, load restrictions on the Gateway Motorway flyover have been eased, effective 17 December 2020. The department is progressing safety upgrades to more than 31km of the Kennedy Highway between Kuranda and Mareeba.

Accelerated funding has been allocated through the following Road Stimulus Packages to increase investment in roads and transport infrastructure as part of The Queensland Economic Recovery Strategy.

Together with the Australian Government, we are improving Queensland's inland freight corridors by investing $185 million across 22 projects. The Roads of Strategic Importance early works package projects are jointly funded by the Australian and Queensland Governments.

These projects will help the freight and logistic industry move essential goods throughout Queensland more efficiently while protecting the safety of all road users.

The Queensland Government is investing $400 million across 42 projects to help supercharge the Queensland economy and improve road safety.

Together with the Australian Government, we are fast-tracking infrastructure upgrades by investing $415 million across 38 projects. These projects are jointly funded by the Australian and Queensland Governments.

These infrastructure upgrades will help improve congestion on some of Queensland's busiest roads, increase productive and improve safety for all road users.

In addition to the $415 million package previously announced, the Queensland Government is partnering with the Australian Government to invest a further $2.1 billion towards infrastructure projects in Queensland, including: The department is constructing safety improvements at the intersection of Beaudesert–Nerang Road and Oxenford–Coomera Gorge Road (Maudsland Road) at Mount Nathan.

The upgrade will include the widening of the existing road.

Construction is now complete for pavement strengthening and resilience works to improve road conditions on a section of the Brisbane Valley Highway through Esk. 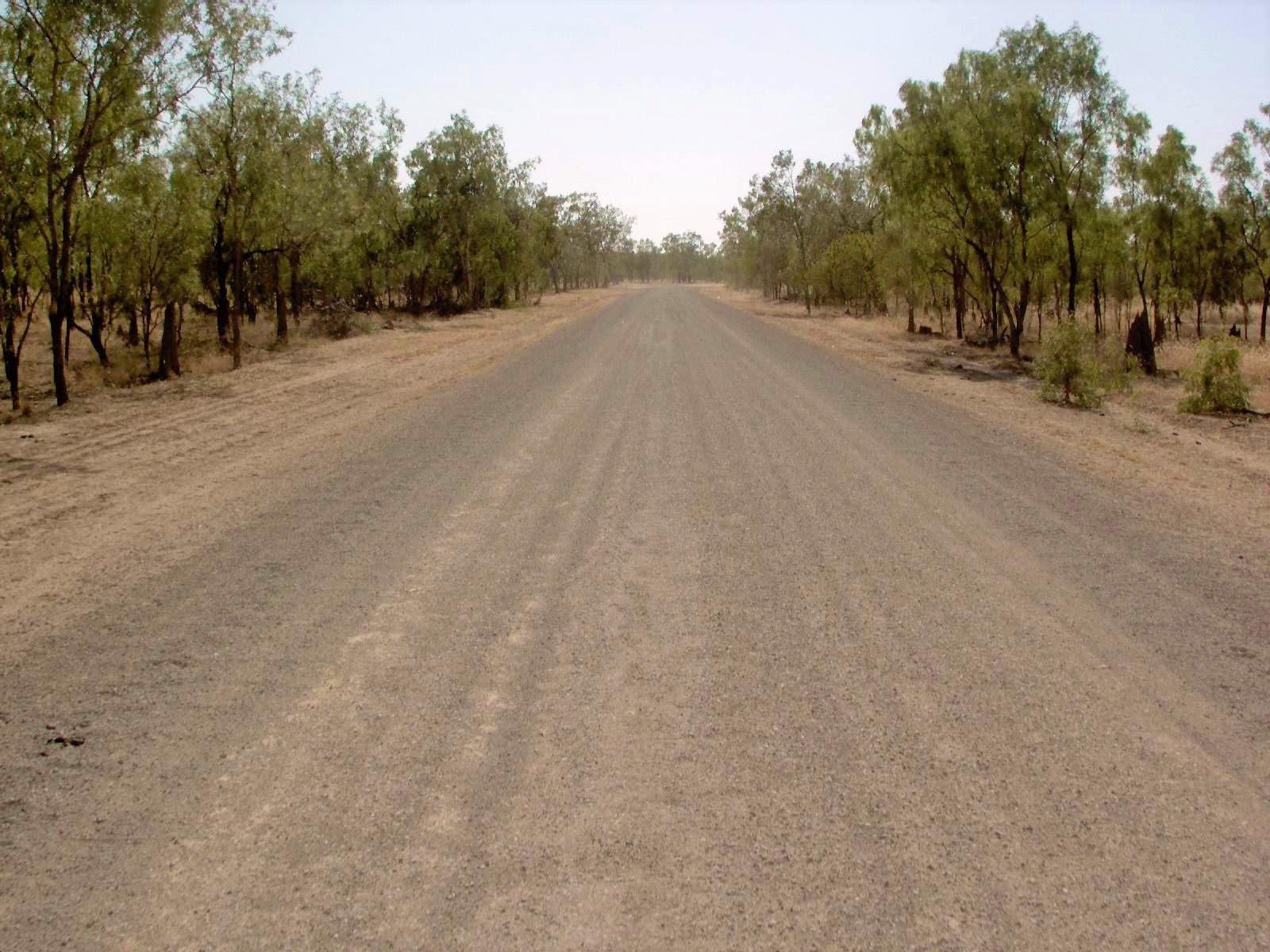 About 24km of the Burke Developmental Road between Normanton and Dimbulah has been progressively sealed to an 8-metre width.

The department has improved road user safety and traffic flow at the Caloundra Road and Ridgewood Road intersection, Little Mountain.

Works are underway to widen 3 high priority sections of the Capricorn Highway between Emerald and Alpha. The Roads of Strategic Importance (ROSI) initiative has delivered targeted upgrades to the Carnarvon Highway and surrounding roads.

The Cloncurry – Dajarra Road, improvement works will complete the seal between the start of the road and the turnoff to Phosphate Hill, and will also widen priority sections of narrow sealed road.

We undertook a planning study to determine what improvements can be undertaken to improve road safety and performance. Construction is underway for safety improvements along the D'Aguilar Highway between Sandy Creek and Kilcoy to reduce the risk of crashes. A new wider and higher concrete bridge has replaced the timber bridge at Roundstone Creek on the Dawson Highway.

This project will improve safety and all-weather access by widening and sealing a critical section of the Fitzroy Developmental Road. 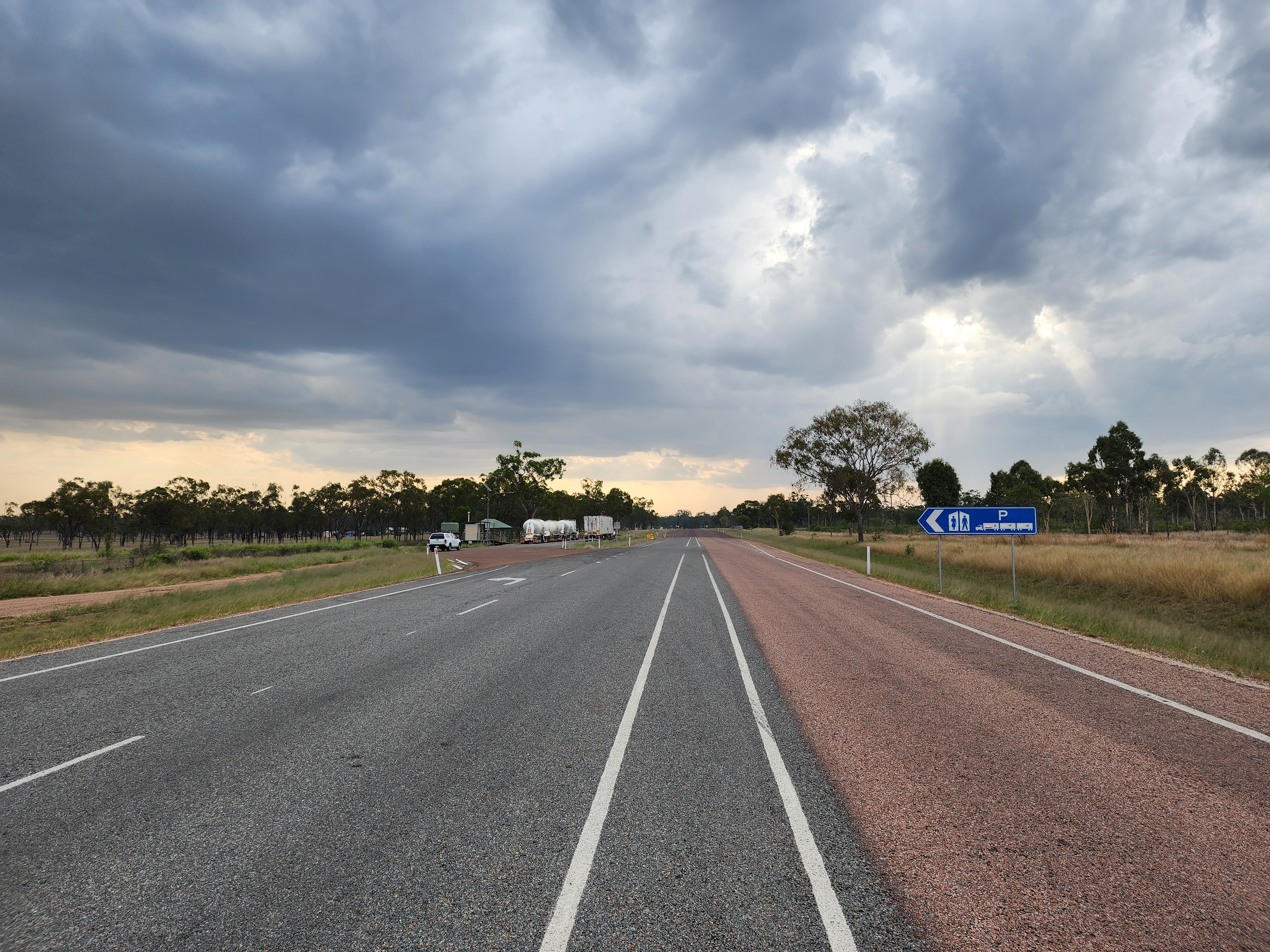 The project on the Flinders Highway included widening sections of highway pavement to allow for the installation of 1-metre-wide separations between oncoming traffic lanes. These wide centre line treatments have been shown to significantly reduce the risk of head-on collisions, greatly improving road safety.

Following strengthening works and subsequent structural inspections of the flyover, load restrictions on the Gateway Motorway flyover have been eased, effective 17 December 2020.

The project will improve safety on a high priority section of Glass House Mountains Road (known as Steve Irwin Way) between the communities of Beerwah and Landsborough. The project will widen the existing road, install a wide centre line to separate opposing traffic flows, provide right-turn lanes at 3 intersections, install new traffic signals at Fraser Road and remove roadside hazards.

The department is undertaking this project to improve pedestrian safety on the Gold Coast Highway at the Toolona Street intersection in Tugun.

This project involves rehabilitating sections of deteriorating pavement on the Gore Highway. The Stage 1 trial of more sustainable pavement rehabilitation systems and products was completed in August 2021. Trial results are informing how future stages of this project are being delivered.

The package of Gregory Developmental Road upgrades will deliver a stronger and wider surface, improving travelling conditions for motorists and a major culvert upgrade to improve flood resilience.

TMR is currently undertaking pavement rehabilitation and widening on Hervey Range Developmental Road between Townsville and Battery, to improve travelling conditions for motorists.

The department are delivering the progressive sealing of Kennedy Developmental Road, The Lynd to Hughenden.

This project will deliver safety upgrades to about 21km of the Kennedy Highway between Mareeba and Atherton.

The department is progressing safety upgrades to more than 31km of the Kennedy Highway between Kuranda and Mareeba.

The design has been completed for the Beaudesert Road and Illaweena Street intersection upgrade project in Calamvale. Construction started late June 2022

The single-lane John Peterson Bridge will be replaced with a higher, safer, more flood-resistant 2-lane structure on an improved alignment.

Safety upgrades have been delivered on the Peak Downs Highway as part of the Targeted Road Safety Works Program.

An upgrade is being delivered to a 1.5km section of Proserpine-Shute Harbour Road in Cannonvale. The Rockhampton-Yeppoon Road is a regional road linking the Capricorn Coast, including tourist locations, such as Great Keppel Island to Rockhampton and beyond.

Construction is underway on the Howard Creek Causeway upgrade (approximately 11km from Oxenford) on Tamborine–Oxenford Road. The upgrade, at Wongawallan, will provide a safer road alignment with increased flood immunity.

A new, 2-lane roundabout is being delivered to ease congestion, improve safety and traffic flow at the Cooroy-Noosa Road and Beckmans Road intersection.

Work is underway on flood immunity and intersection upgrades along sections of Torbanlea – Pialba Road between Beelbi Creek and Takura.